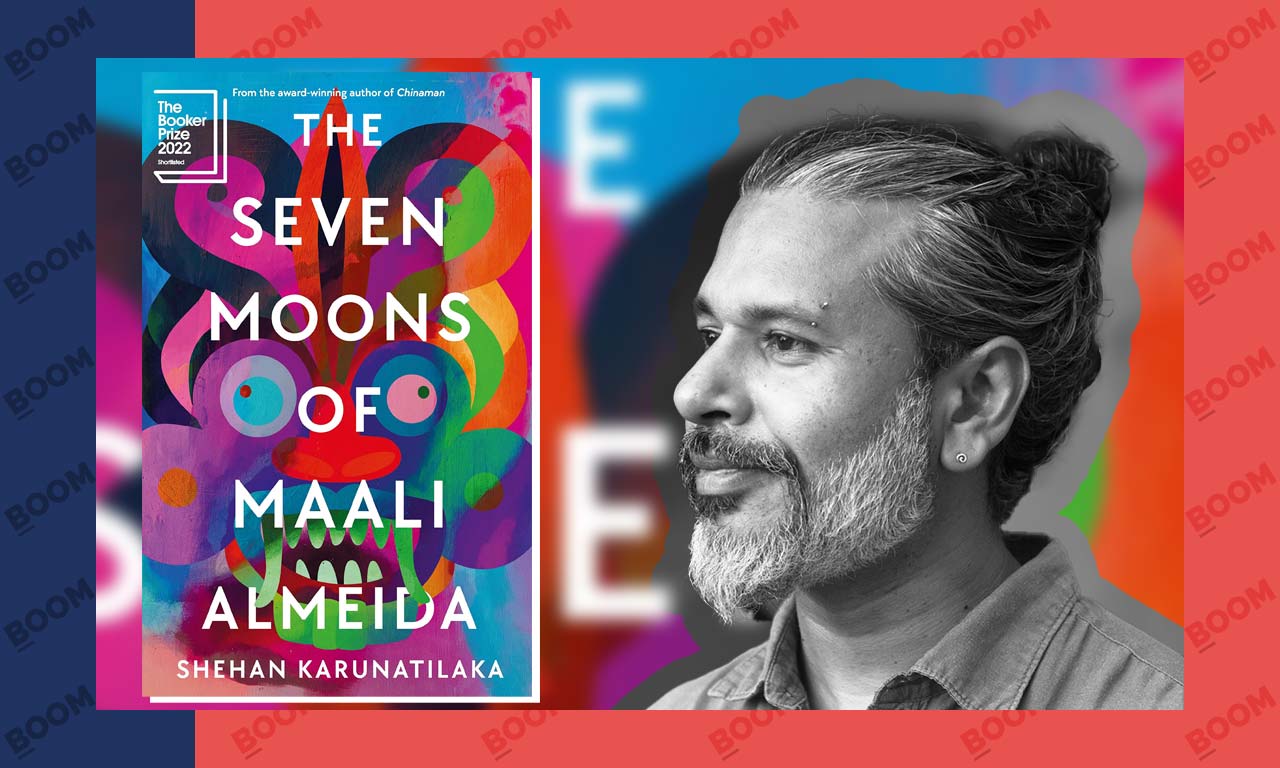 Sri Lankan novelist Shehan Karunatilaka has won the 2022 Booker Prize for his second novel, The Seven Moons of Maali Almeida.

Victory could not have come at a better time for Sri Lanka, a country once again committed to political and economic instability, as it endures one of the world’s worst economic crises, with rampant inflation, food and fuel shortages and low foreign currency reserves. And of course the government was overthrown in July, after President Gotabaya Rajapaksa fled following mass protests.

Karunatilaka said in his acceptance speech:

My hope for Seven Moons is this; that in the not too distant future, 10 years, however long it takes, Sri Lanka […] understood that these ideas of corruption, race-baiting and cronyism have not worked and will never work.

Karunatilaka’s novel is extraordinary – and hard to pin down. It is part dark comedy about the afterlife, part murder mystery and part political satire set in the violent context of the Sri Lankan civil war of the late 1980s. It is also a story of love and redemption.

Malinda “Maali” Kabalana, a locked-in war photographer, wakes up dead in what appears to be a celestial waiting room. The setting will be familiar to many who have spent time in Colombo (like me – it’s where my husband’s family is from). We open in a busy, bureaucratic office filled with confusion, noise, a propensity for not queuing – and a healthy dose of “gallows” humor. In other words, Maali is in a sort of purgatory.

Maali soon discovers that he has seven days – seven moons – to solve his own murder. It’s not easy – he’s interrupted by sardonic ghosts (often with grudges, questionable motives, and a tendency to extreme gossip), the violent reality of war-torn Colombo, and piecing together his memories of who he was.

He also has seven moons to lead his official girlfriend and secret boyfriend to a cache of photographs, taken over time, that document the horror of war – and incriminate local and foreign governments.

Karunatilaka’s subject matter and plot highlight, question and explore Sri Lanka’s legacy – and its ongoing and difficult relationship with its civil war, which lasted from 1983 to 2009, though the repercussions continue. And the provocative, intimate, second-person style of her novel engages us, the readers.

Karunatilaka has mastered his craft as a novelist. He never once hesitates from a second-person perspective that might be unwieldy (perhaps even fanciful) in the hands of a lesser writer. The novel tells us: “Don’t try to look for the good guys, because there aren’t any”.

He realizes a joint responsibility in the tragedy of this 25-year civil war, in which the colonial history of the country is also involved. The British colonialists brought Tamil laborers from southern India to Sri Lanka, to work as indentured laborers on their coffee, tea and rubber plantations. Their descendants’ struggle for an independent Tamil state was an important component of the civil war.

As a novelist and lover of second-person storytelling and a lifelong follower of Karuntailaka’s accomplished work, I couldn’t be happier with this Booker victory.

I first met Karunatilaka through his first novel, Chinese, given to me by my sister-in-law several years ago during a family visit to Colombo. This book taught me cricket, but it also taught me the sardonic brilliance of Sri Lankan humour.

Karunatilaka once again uses humor to good effect in The Seven Moons of Maali Almeida – to diffuse moments of violent confrontation, to engage its reader, and for pure enjoyment. This novel follows a murder victim through a bloody civil war – and it’s hilarious.

It is also a tighter book, more pointed than Chinaman: here is an author master of his trade and of what he wants to say about it. Booker’s judges also praised the book’s “scope and competence, daring, daring and hilarity”.

Karunatilaka’s winning novel took a long time to write. Ten years have passed since Chinaman. His skillful use of craftsmanship to tell this complicated story speaks to the idea that good books take the time they need: something all authors know but publishers are not always willing to accept. However, Karunatilaka has been busy in those ten years, not just writing literary fiction, but writing for children – and having a family. The 47-year-old is now married with two children.

Karunatilaka is only the second Sri Lankan novelist to win the Booker Prize. (The first was Michael Ondaatje in 1992 for The English Patient.) But last year fellow countryman Anuk Arudpragasam was also pre-selectedfor A passage to the northanother accomplished novel set in the aftermath of the Civil War.

I am excited about what this means for Sri Lankan authors and the Sri Lankan publishing scene. Here is a country with stories to tell and enormous skills to tell them: hopefully this will lead to more Sri Lankan novels reaching wide readership, success and deserved recognition.

This article is republished from The conversation under Creative Commons license. Read it original article.