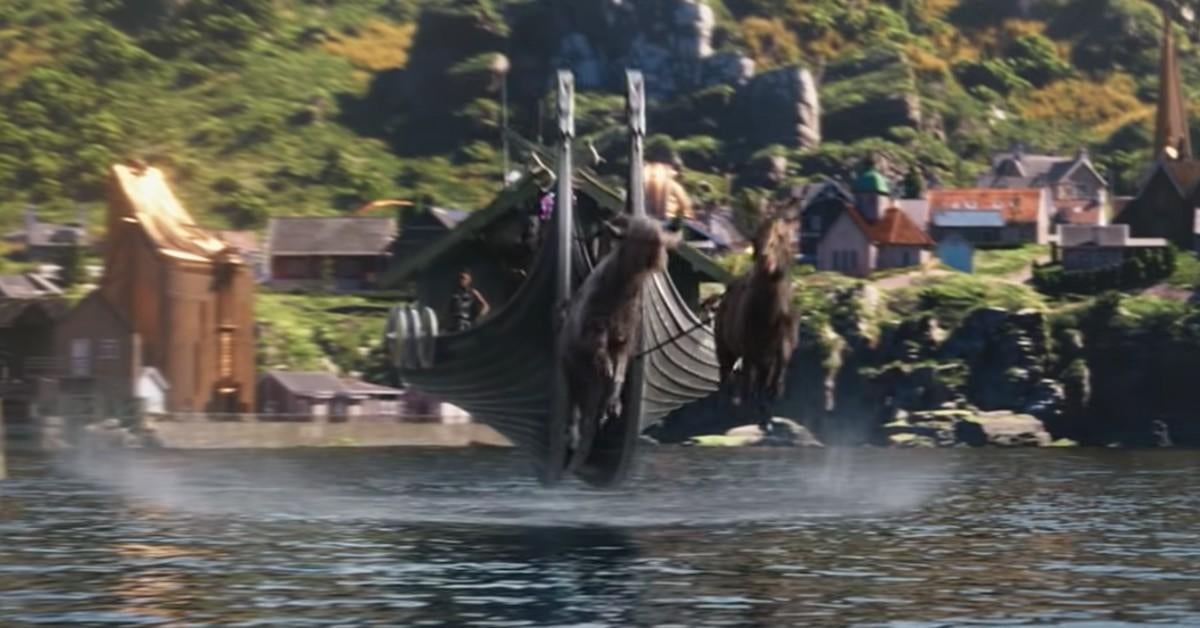 The highly anticipated trailer for Thor: Love and Thunder came out on Monday and it was quite a site to see. The trailer gave us a good look at what’s to come in the fourth Thor movie, including Natalie Portman as Mighty Thor, Thor’s weight loss, and some great comedic Easter eggs. One of those comedic callbacks is Thor’s use of the goat chariot, but it turns out the vehicle was originally meant to appear in the first movie. According to Thor screenwriter Zack Stentz, Kevin Feige turned down the idea of ​​using the goat-powered vehicle in the MCU.

“I know Marvel’s creative slack since Phase I is that we offered Thor to fight in his goat chariot pulled by Tanngrisnir and Tanngnjóstr in 2009 and Feige and company looked at us like we were crazy. Now they’re here in the L&T trailer!” Stentz wrote on Twitter. “A strange thing about Thor’s goats from the original Norse mythology is that when he is on the road and hungry, he kills them and eats them in the evening, then they magically resurrect the next day and seem completely agree with this state of affairs and continue to pull his chariot.”

One big way I know Marvel has slacked off creatively since Phase I is that we offered Thor to fight in his goat chariot pulled by Tanngrisnir and Tanngnjóstr back in 2009 and Feige & company looked at us like we were crazy. Now they’re in the L&T trailer!

Thor: Love and Thunder looks completely insane and that’s saying something for a movie that comes after the bonkers Thor: Ragnarok. Director Taika Waititi returns to helm the sequel and he even thinks it’s the craziest thing he’s ever done. Recently, the director revealed that the upcoming Thor the sequel will raise the stakes to an insane scale. While speaking with Empire Magazine, Waititi went into great detail about how this movie is the craziest thing he’s ever done in his life.

“Well, just between [me and] you and the readers, I’ve done some crazy bullshit in my life. I’ve lived, like, ten lives. But it’s the craziest movie I’ve ever done,” Waititi explained. “If you wrote all the elements of this movie, it wouldn’t make sense,” the director added, “it’s almost as if it shouldn’t be done. If you walk into a room and say, “I want this and this and that. Who’s in it? These people. What are you going to call it? Love And Thunder. I mean, you would never work again. Maybe I won’t after that.”

Currently, not much is known about Thor: Love and Thunder as plot details are only retained if you are worthy enough. The film is directed by Taika Waititi and will star Chris Hemsworth as the lead role, Tessa Thompson as Valkyrie, Natalie Portman as Jane Foster/Mighty Thor, Russell Crowe as Zeus, Jaimie Alexander as Lady Sif, Chris Pratt as Peter Quill/Star . Lord, Sean Gunn as Kraglin, Dave Bautista as Drax the Destroyer, Karen Gillan as Nebula, and Christian Bale as Gorr the Butcher God. In addition to directing, Waititi will also reprise his role as Korg. Thor: Love and Thunder in theaters July 8, 2022!

What did you think of the first trailer for Thor: Love and Thunder? Are you excited to see the movie? Let us know in the comments below or by hit our writer @NateBrail on Twitter!

2022-04-20
Previous Post: Novelist Paul Auster’s son charged with baby’s death
Next Post: Although it helps families, the expanded child tax credit is coming to an end