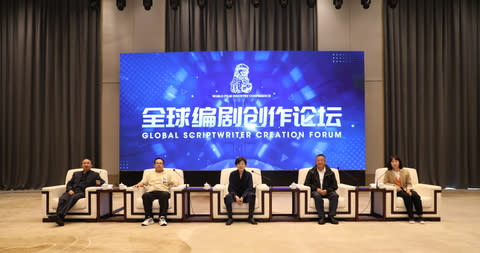 The Global Screenwriters Creation Forum was held in Changzhi, where screenwriters unraveled the mystery of the success of the main melody teleplays

MACAO, China, October 10, 2022–(BUSINESS WIRE)–Recently, as part of the World Film Industry Conference series of events and sponsored by Aollywood Group, the Global Screenwriters Creative Forum was held in Changzhi, China. Shanxi province. During the event, many famous screenwriters Wang Xiaoping, Wang Wanping, Song Fangjin, and Zhou Wei voiced their opinions on “how to impress the audience with major TV melodies”, and unveiled the mystery of the success of major TV melodies such as like Republic Medalin combination with their own creative experience.

Famous screenwriter Wang Xiaoping has created many excellent films and plays, and also served as the section’s screenwriter Gift from Tu Youyou from the television play Republic Medal. She believes that television plays should not be classified according to the main theme or other conditions, and the scriptwriters of excellent works follow the principle of scriptwriting. Famous screenwriter Wang Wanping said frankly that it is very difficult to create TV plays with a theme like fulfilling an assigned task: first, you have to satisfy the leaders, second, you have to satisfy the audience, and third, you have to satisfy the platform. Song Fangjin, a famous screenwriter, believes that the popularity of mainstream movies and TV plays in recent years is due to genre-based writing techniques, which are deeper and more vivid than before. He shared his experience in creating the Section Yuan Longping’s Dream in Republic Medal.

Zhou Wei, a young screenwriter, shared her creative experience on how to adapt her novel his war in hot drama The ideal city. She thought that after the screenwriter set the theme for his creation, the next creation was like a spider, weaving the web layer by layer and finally weaving it into a big web.