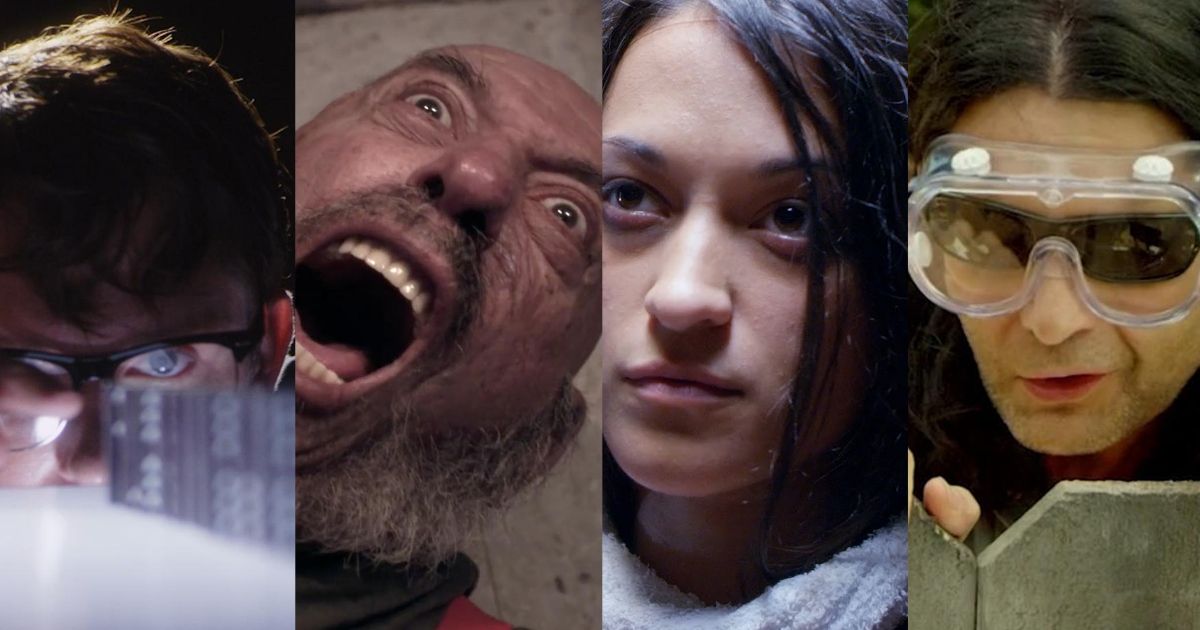 At Ethan Hunter’s travel on suicide for beginners began with a five-hour pitch from director Craig Thieman. “He came to where I was living at the time,” Hunter said in our pre-release interview, “and he was bouncing off the walls and [acting] his ideas. His enthusiasm is truly contagious when it comes to things like this. I mean, at that time, if he had said, ‘I want to do it again Plan 9 from outer spacebut I want to do it in the style of the French New Wave and all with hamsters”, I would have said: “Let’s go”.

Of course, Hunter and Thieman’s relationship goes back further than suicide for beginners. In fact, the two met in college and made short films together in film class. They had always had conversations about working on feature films together, but life, as it always does at this age, kept getting in the way. “I wanted to produce my first feature film which I wrote and produced while still in college, and it ended up being called overseas to serve in the second Iraq War.”

A black comedy, the official synopsis of suicide for beginners reads: “Writing the perfect suicide note isn’t easy. Murdering a garage full of people is pretty hard, too. But getting your victims to love you while you kill them is the hard part. more delicate.” The film stars Wil Daniels, Sara Tomko, Nate Panning, Julia Lehman and the late Sid Haig in one of his final roles. The film was finally born after Thieman’s short Love letter released to great acclaim in 2007.

suicide for beginners is actually based on Love letter, and, immediately, Thieman knew he needed Hunter to help turn his short into a feature. “[He had] so many ideas, but he couldn’t find the means to work on them as he wanted. He knew he needed a professional writer. That’s why he came to me.”

suicide for beginners took nearly a decade in the making and was, Hunter says, a “pretty difficult shoot” due to a lack of resources. “[We had] something like $20,000 to shoot for 30 days, [which] is not a lot of money. We were constantly trying to make it work, but it was still great fun. It was our first time doing a feature film together, and we worked really well together.” And then, laughing, he said, “For the most part. I mean, we yelled at each other a lot, but we always talked about it afterwards.”

In addition, Kickstarter, the public crowdfunding platform, has helped to make suicide for beginners arrive. “Kickstarter was still pretty new at the time, and we took a shot. We did what I think was a really good pitch video. It was pretty funny, and we threw it out into the world.” To Hunter and Thieman’s surprise, they hit their Kickstarter goal with two days left before the campaign deadline. Asked if knowing that essentially strangers had helped finance their film put any particular pressure, Hunter said, “Yeah. Pressure because when people believe in you, you want to give them back that trust and give them something of value. [who donated] were genuinely enthusiastic, even throughout the ridiculous delay [in] get that thing over there. I think they are going to be really happy. With a bit of luck. We’ll see.”

Indeed, they will. What is most remarkable suicide for beginners is the way it balances comedy and horror, leaning into one genre at just the right time and just the right amount of time, before pivoting entirely into the other. “I did, I would say, almost 30 drafts on this picture, which is about 27 more than I usually have to do on a feature film. Part of it was because it was such a tricky vibe , and Craig had specific ideas for what he wanted. The script was still in my hands, but he was still the quarterback.

suicide for beginnersThe mix of light humor and dark themes is not new territory for Hunter. Throughout his previous works — such as his short film The death cat is cutewhich follows a domestic cat during a series of murders, and its feature film Madame Massacre Quiet Evening at Home, which sees a supervillain go to great and catastrophic lengths to spend an evening watching his favorite TV show – there’s a clear pairing pattern of comedy and tragedy. Typically, according to Inverse, humor is often used as an “effective” coping strategy in the face of tragedy. However, Hunter’s writing – and, by extension, suicide for beginners – offers something more nuanced than that. “I always try to write for moments that will stick in your memory on both the light side and the dark side,” he says. “It’s about trying to balance it in a place that gives you tension, but then gives you that release, but then gives you that tension so that all of that hopefully keeps you engaged.”

suicide for beginners is available in select theaters and on VOD May 6, 2022.

Jericho is a freelance writer and editor. His love for cinema began with weekends at the movies with his father when he was young. This translated into a love for storytelling in general. In addition to journalism, he has written for stage and screen and helped authors develop their novels. It can be attached to jerichotadeo [at] gmail [dotcom].