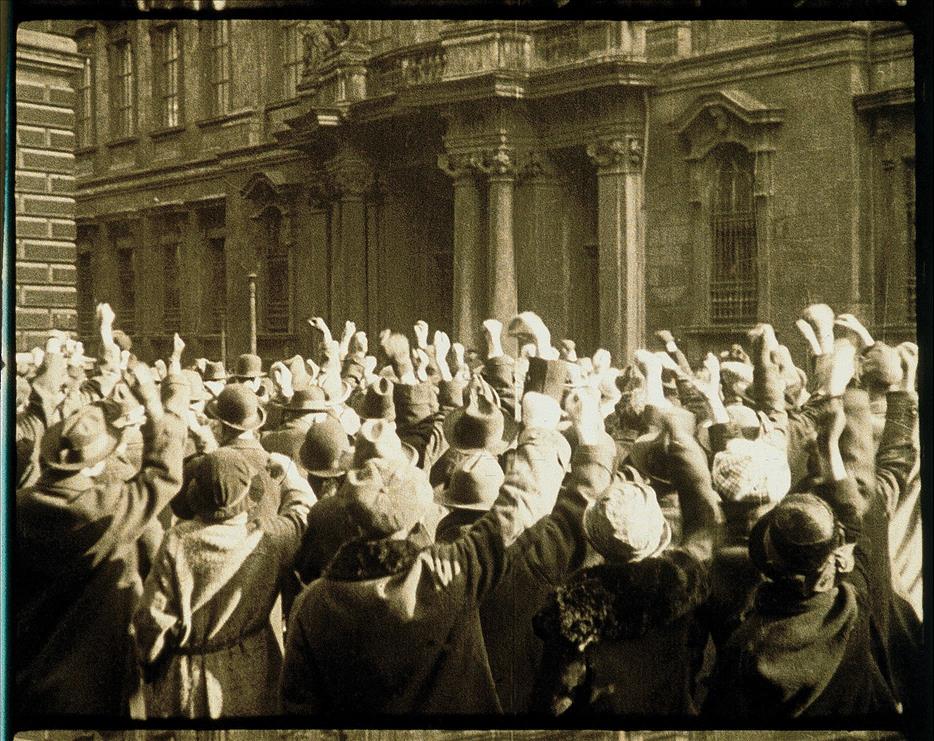 Salman Rushdie wasn’t the first novelist to suffer from…

Hadi Matar, the man charged with the attempted murder of distinguished novelist Salman Rushdie, admitted he had ‘only read two pages’ of ‘The Satanic Verses’, Rushdie’s 1988 novel which caused anger fundamentalist Muslims around the world. Iran’s former Supreme Leader Ayatalloh Ruhollah Khomeini, who announced a fatwa calling on all Muslims to assassinate Rushdie in 1989, hadn’t read it at all.

“The Satanic Verses” is not the first – and will not be the last – novel to provoke the rage of a fanatic who does not know the nuances of literature.

In 1922, an Austrian writer named Hugo Bettauer published a novel set in Vienna titled “The City Without Jews”. It sold a quarter of a million copies and became known worldwide, with an English translation published in London and New York. A silent film adaptation, recently recovered and restored, appeared in the summer of 1924. The following spring, a young Nazi burst into Bettauer’s office and shot him repeatedly. The author died of his injuries two weeks later.

As in the United States today, there was a significant gap between rich and poor in Vienna in the early 20th century.

The impressive architecture of the city center housed immense wealth, while beyond that reigned desperate misery in the working-class neighborhoods. The opulence of banks and department stores, the culture of theaters and opera – especially in the predominantly Jewish quarter of Leopoldstadt – inevitably aroused deep resentment.

In the years immediately preceding World War I, populist mayor Karl Lueger saw his opportunity: he could win votes by blaming every problem on Jews. Many Jewish refugees would later say that anti-Semitism in Vienna was worse than in Berlin. A poor painter living in a public dormitory in a poor neighborhood north of Leopoldstadt was inspired to build a new ideology following Lueger’s plan. His name was Adolf Hitler.

“The City Without the Jews” (“Die Stadt ohne Juden”), ominously subtitled “A Novel of Tomorrow”, is a dystopian satire.

They came to hear a politician named Dr. Schwertfeger – clearly based on Lueger – proclaim that all Jews must be expelled from the city.

Names, facial features and ancestry are studied; even half-breeds are on the list of people to be deported. The synagogues are desecrated and the entire Jewish population is crammed into railway cars with their suitcases. Watching this scene in the 1924 silent film version of the novel is a chilling experience: it’s like witnessing the Holocaust before it happened.

But both the novel and the film angered the nascent Austrian Nazi movement. Bettauer was denounced as a communist and corrupter of the city’s youth. Otto Rothstock, a 20-year-old dental technician who had soaked up all the anti-Semitic propaganda of the time, decided to act and murdered the author in March 1925.

A drawing of the crime scene used during Otto Rothstock’s trial. Austrian Cinematheque

Rothstock lived until the 1970s, never repenting of his Nazism. Surprisingly, HK Breslauer, the director of the film adaptation, later became a propagandist on behalf of Hitler’s Nazi Party. On the other hand, Ida Jenbach, the Jewish woman who co-wrote the screenplay, was deported to the Minsk ghetto. She was liquidated either there or at the nearby Maly Trostenets concentration camp.

Ironically, given the parallels between the Rushdie attack and the Bettauer murder, in Vienna today it is Muslims who are being demonized, as Jews were 100 years ago.

Rushdie’s novel is populated by angels and demons, propelled by dreamlike sequences and fantastical provocations. It celebrates diverse identities while poking fun at prophets and politicians, Britons and their empire, and all manner of divisions and dogmas. It is a work of “magical realism” that begs to be read playfully, not literally.

But religious and political fundamentalists have no time for games, for questioning, doubt and curiosity. In one passage, Rushdie drew inspiration from ancient heterodox texts to portray the Prophet Muhammad being addressed by the devil instead of God, and that was enough to spark fury in the Muslim world. Along the same lines, Bettauer’s satirical “novel of tomorrow” — a thought experiment intended to make readers think twice about the Jewish contribution to Viennese life — enraged anti-Semites.

An Iranian woman reads a newspaper in 2000 with a cartoon depicting British author Salman Rushdie as a hanged man. Henghameh Fahimi/AFP via Getty Images

“Fundamentalism,” writes critic Terry Eagleton, “is essentially a flawed theory of language”: it assumes that every word of a text, whether sacred or secular, should be read as a statement of truth. literal or a proclamation of the unshakable. author’s beliefs. He is deaf to irony, metaphor, satire, allegory, provocation, ambiguity, on the contrary.

So it probably wouldn’t have made any difference if Otto Rothstock had read “The City Without Jews” or if Hadi Matar and Ayatollah Khomeini had read “The Satanic Verses”. They would have heard only the message they wanted to hear.

It is a disturbing sign of the times that the number of graduate students in literature is declining across the world. In our divided age, it’s more important than ever that people continue to learn the art of reading with imagination and empathy — and without the blinders of politics or religion.


Legal disclaimer: MENAFN provides the information “as is” without warranty of any kind. We assume no responsibility for the accuracy, content, images, videos, licensing, completeness, legality or reliability of any information in this article. If you have any complaints or copyright issues related to this article, please contact the provider above.

2022-08-26
Previous Post: Salman Rushdie wasn’t the first novelist to suffer an assassination attempt by someone who hadn’t read his book
Next Post: The screenwriter dives into rom-com literature