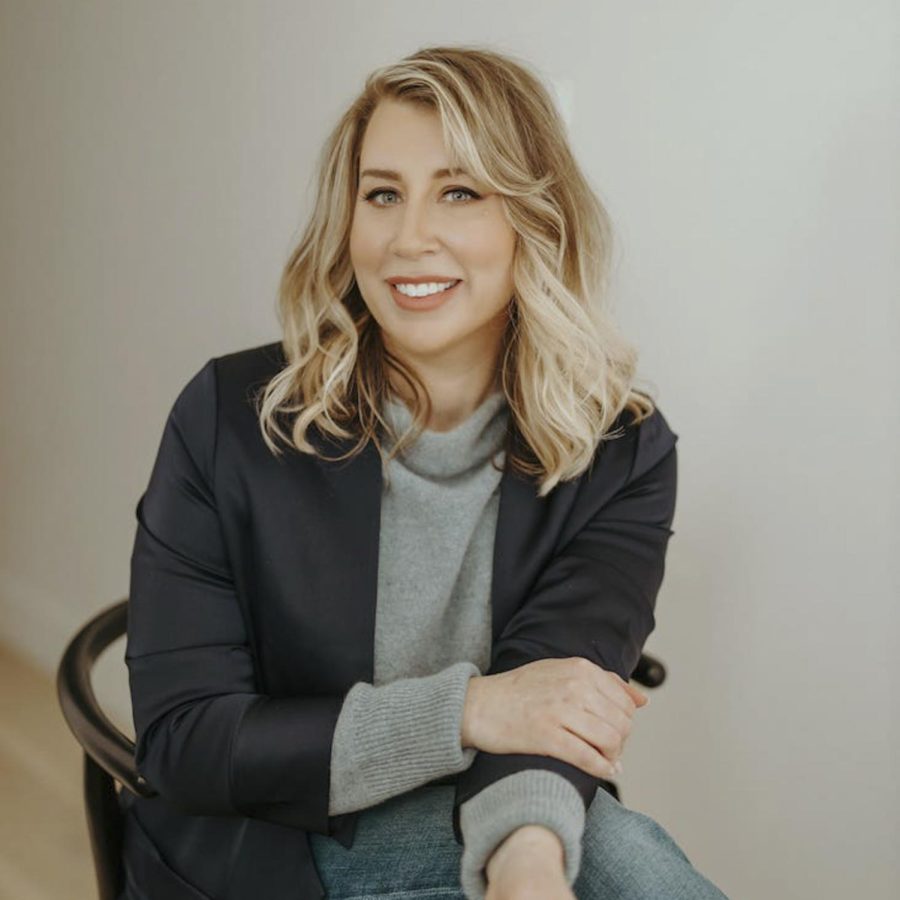 Q&A with Screenwriter, Novelist, and UMN Alum – The Minnesota Daily

Koller Croft, the Los Angeles-based, Illinois-raised writer, has forged her own strange path in the creative world since graduating from the University of Minnesota in 2008. From selling flower arrangements from luxury to reporting for a gossip website, the former Gopher now has her first novel on the way and a movie under her belt.

This interview has been edited for clarity and length.

Have you always been interested in taking a creative path, becoming a writer?

“Yes, but I didn’t always know that I would become one. I think like most people after graduating from college, I’m just faced with reality. Start paying your bills, paying your loans, and you get a job. I’d been writing stories since I was little, even before I could read, telling my mother little stories and everything. It’s always been part of who I am. But that wasn’t necessarily what I was looking for.

What did you pursue then?

“After graduation, I got my English [literature] degree, then my minor was studies in cinema and media culture. So obviously, [writing] was on my mind, but I was like, ‘I’m going to get a liberal arts degree because then you can get a job doing anything.’ So I’ve had all kinds of weird jobs before.

What types of jobs?

“I did my first year abroad. So I went to the University of East Anglia in England, and spent my whole first year and had a wonderful time and took a screenwriting course. They are very well known for their creative writing. I was traveling and met a guy and fell in love, but then we broke up. We were really young. Like, it just got really high stakes really quickly. And I was like, ‘Well, shit, I’m moving to California.’ I packed up my Honda Accord and headed out here. And the first job I got, believe it or not, was at…[a gossip website]. So I worked there for about a year and a half. Celebrity gossip just didn’t turn out to be my calling. I actually ended up moving back to Chicago for a few years. LA kind of chewed me up and spat it out.

How did you get back into creative writing?

“[In Chicago] I got into sales, which I really enjoy. I was really good at it. I worked for travel and hospitality agencies for a little while and then I joined this start-up where I was selling luxury floral arrangements to hotels and apartment buildings in spending places, you know , hundreds of thousands of dollars in bloom every year. So I ended up being one of the top salespeople in the company and they sent me back to LA. So when I came back here I had this writing bug again. And I was like, “Okay, I’m going to take this very seriously,” and I went from there and started writing scripts and looking for representation.

It seems like you had no linear path to get where you are now.

“I’ve had a really strange background. I think when you end up pursuing a creative career, that’s kind of how it goes. You could ask anybody who works in Hollywood, everybody is different. So it’s really very hard sometimes [when people ask], ‘What would you do if you were me, how can I get there?’ It’s like, shit, I don’t know. Believe in yourself and keep going and seize the little opportunities when they arise because you never know what they will turn into.

How much do you think is luck versus hard work?

“I think it’s a very fortuitous combination. I actually have a really good example of that story, how I sold my first screenplay, and decided to quit sales because as much as I like making money, it was a very stressful job.

I wrote a screenplay and entered it – there’s a competition called Nicholl Fellowship, which is associated with the Oscars – it’s like you’re going to win a screenplay competition, that’s the one you want to win. I went into it with a great buddy comedy about four girls, and it ended up moving forward…you could buy reader reviews, so I did. Most of them were very helpful, like telling me what they liked and what could be improved, but the last, last sentence was, “With a few thoughtful tweaks, this could make good porn.” I was so pissed, so I went to the contest Facebook page and was like, “I’m going to fight back,” and I just posted a little something. It was one of those weird things that went viral on Twitter and then all these articles started popping up everywhere [the script] was in the pile of this company, he climbed to the top. After that, all these agencies start calling me and they’re like, ‘What else do you have?’

And that’s where I’m going to answer your question. I couldn’t have anticipated being in the news. Like, it’s like the element of luck, right? I think with writing in particular, the only thing you can control is the quality of your work, how much you put into it. And then, of course, there’s the networking element, which I think is important, and not all writers like to do that. You just need to be ready when the opportunity presents itself and have all your ducks in line so you can pursue it wholeheartedly.

I want to get into “Torn Hearts” a bit more. What inspired you to write this screenplay? I read somewhere about a friend of yours, but I want to hear from you.

“Yes, and I regret to inform you that my best friend in question is a [University of Wisconsin-Madison] Badger! I should put it there. We actually met as adults and started taking road trips to Nashville when we were living together in Chicago. We really loved country music, dancing and singing, so after our first trip there, we were like, “Wow, this is going to be a regular occurrence. We came up with this whole alter ego called “Tatted Hearts”, the original name of the movie. I’d started writing scripts and combined my love of country music and horror movies, so I was like, ‘That was fun, I don’t think there was really anything like this before,” and it just snowballed from there.

I actually wanted to ask – since you brought up earlier just this awful comment, obviously a very blatant sexist comment on something else you wrote – how did the female root of the story get an impact on its reception?

“There are many things you see over and over [in horror movies], and I felt like it was something you don’t see often, especially with three women in the middle who aren’t related to each other, and kind of driving the whole thing. ‘story. I know there are a few guys in there and they have, you know, their screen time or whatever. But it’s largely a women’s story and I think that’s a really cool development.

That’s probably what I liked the most, it definitely passes the Bechdel test. I liked having a conflict between them, that’s how it is, just them. But, I wanted to ask about part of this conflict. Obviously, it’s a horror movie, it’s uncomfortable. But when you write scenes of emotional manipulation or abuse, is it mentally taxing?

“Honestly, very honest with you, I just like scary stuff. So it’s not that hard for me, I don’t know, it’s characters and it’s fiction. I have my first novel which comes out in February, which is also very twisted and weird. I’ve loved scary things since I was little, but I think I have a really good sense of, it’s fiction and I’m working on my craft and you want your characters to have a strong motivation for what they’re doing, especially in a horror thriller situation.If some of those darker things aren’t there, and they’re making these insane decisions, the logic doesn’t follow. Even though it was emotionally draining, it’s important to the work to make sure the character motivations are there and the payoff is there for the audience at the end, even if the payoff is overwhelming.

Can you tell me more about your upcoming book?

“It’s called ‘Stone Cold Fox’ and it’s a psychological thriller, basically about a sexy con artist who marries the 1%, but her dark past threatens everything. And, she was also raised by a crazy scammer. So it’s a lot of fun. I call her as “American Psycho” meets “Legally Blonde” because she’s monstrous, but I feel like people are going to like her and have fun with her her. So I’m really excited for the book to come out – really, really excited.

Correction: A previous version of this article mentioned an unofficial name of one of Koller Croft’s former employers.