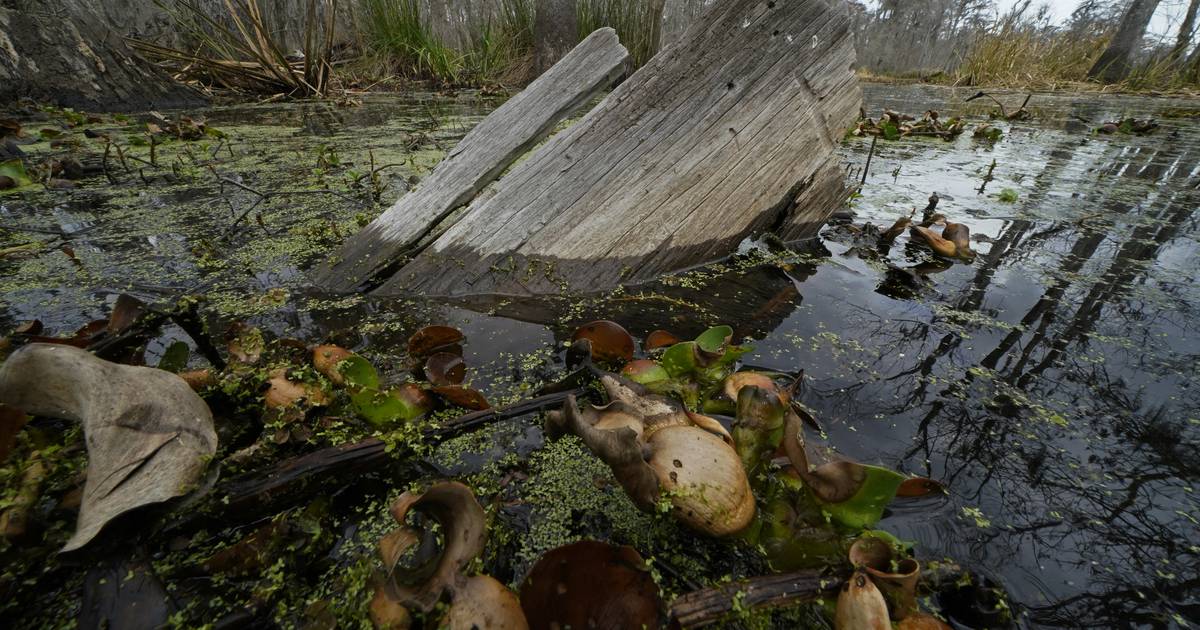 “Fen, Bog and Swamp: A brief history of peatland destruction and its role in the climate crisis”

According to the Alaska Department of Fish and Game, “Wetland habitats in Alaska are numerous and complex, comprising 43.3 percent of the state’s land area.” That’s a good reason to pay attention to the latest book by Pulitzer Prize winner Annie Proulx. Proulx is perhaps best known for her novels “The Shipping News” and “Barkskins” and the “Close Range” collection of stories.

Proulx says at the start that what started as a personal essay to try to understand the links between wetlands and the climate crisis has become a major research project during the pandemic. She ultimately limited her investigation to the three types of wetlands – fens, bogs and swamps – that form peat. Peat – partially rotted and compressed plant material that has settled in water, contains huge amounts of carbon dioxide and methane. In fact, peat stores more carbon than all other types of vegetation in the world combined. The result of Proulx’s investigation is a living cultural history of the world’s bog places, their destruction and their now recognized environmental importance.

In the first section of the book, “Discursive Thoughts on Wetlands”, Proulx, who was born in 1935 in Connecticut, presents her own lifelong connection to wetlands and how her enjoyment of wild places was tempered by the “ever-increasing pain” of environmental destruction, which includes damming rivers, cutting down forests and draining swamps.

Most of the world’s wetlands, we learn, were formed at the end of the last ice age and in ancient times supported huge communities of plants and animals – which in turn supported the life of humans. As the human population grew, wetlands were drained for agriculture, grazing, and city expansion. Over the past 300 years, no less than 87% of the world’s wetlands have disappeared.

In the second section of the book, “The English Fens”, Proulx goes back in time to the formation of the English Fens in what were once “rolling plains now beneath the North Sea” and the very first settlement of the area. Up to 6% of Britain was once wetland, including coastal areas which were a ‘watery mix’ of freshwater, seawater and solid land high enough for homes and gardens . “From prehistoric times to the 19th century, the waterlands were the gardens and grocery stores of the local people, their butcher shops and fish stalls, their highways to trade and market centers…” Fen residents have learned over the centuries of understanding water cycles and managing wetlands in ditches and dykes.

Drainage projects begun in the 16th and 17th centuries significantly altered the landscape and caused the loss of habitats and species as well as the compromise of a way of life for the benefit of the “productivity” of the nation-state. The people of Fen were ousted to be replaced by large landowners and their agricultural interests. Additionally, we now know, opening up peatlands to the air releases greenhouse gases that contribute to global warming.

Much of the Fens section tells of recent archaeological and anthropological studies of the original extent of the bogs and the lives of people who lived in the Fens for thousands of years. In the 1930s, North Sea fishermen began hauling pieces of old peat they called “moorlog” into their nets, along with bones, flints and tree pieces. More recently, archaeologists have dated the ‘tracks’ – roads resembling boardwalks – to the Bronze Age and have uncovered many artifacts, including the well-preserved famous ‘bog people’.

The next section, “Bogs”, moves on to an examination of the corn and wheat belts of the American Midwest and parts of California – all once drained, plowed and planted bogs. The story is similar – habitat loss and the continued release of carbon dioxide and methane from the soil. A long section discusses sphagnum mosses and their habitat values. As Proulx puts it, “in the moss is a teeming interactive zoo where thousands of microscopic creatures live,” adding up to “1,500,000,000 thriving life elements in every square meter.”

Finally, in “Swamp”, the focus is on several well-known American swamps, including “The Great Dismal” which lies between Virginia and North Carolina; part of it is now protected as a National Wildlife Refuge. The Great Black Swamp in the Midwest – just “a pinch” left; the Kankakee Marsh and Limberlost in Indiana; and the Florida Everglades are others. Siberia is represented here by the Great Vasyugan Mire, “the giant wetland of the Northern Hemisphere”; it was named a World Heritage Site in 2007, but the application was blocked due to oil and gas development of part of it.

Certainly, efforts are underway to protect and restore wetlands. As examples, Proulx cites an action by the European Union in 2011 to ban peat cutting and, in England, the Great Fen Project, a modest experiment in paludiculture or wet agriculture. But as she also points out, “bogs and swamps take thousands of years to form and develop; humans and their machines can wipe out those centuries in a matter of months.

Besides the wealth of science and history included in “Fen, Bog, & Swamp”, Proulx’s references include Thoreau, Kate Marsden, who explored Siberia on horseback in 1891, Nabokov and his butterflies, the natural vocabulary recent by Robert MacFarlane, writer Frank O’ Connor’s famous war story, photographs by Wolfgang Bartels, naturalist Ellen Meloy, King James I, Daniel Defoe, art by Albrecht Durer, bryologist Robin Wall Kimmerer, Charles Wohlforth – Alaskan author of “The Whale and the Supercomputer” – and dozens of others.

Proulx says in his introduction: “There are people who like to trace ideas and their connections in unlikely places and old books; I am one of them.” Readers who share this inclination will find something to fascinate them in his “short story“. ‘Fen, Bog & Swamp’ is a great place to dig today.

2022-10-02
Previous Post: I am a screenwriter for life. This is how I create scripts.
Next Post: Monday Newspapers: Privatize the Forces, Import Energy and Keep the Lights On | New