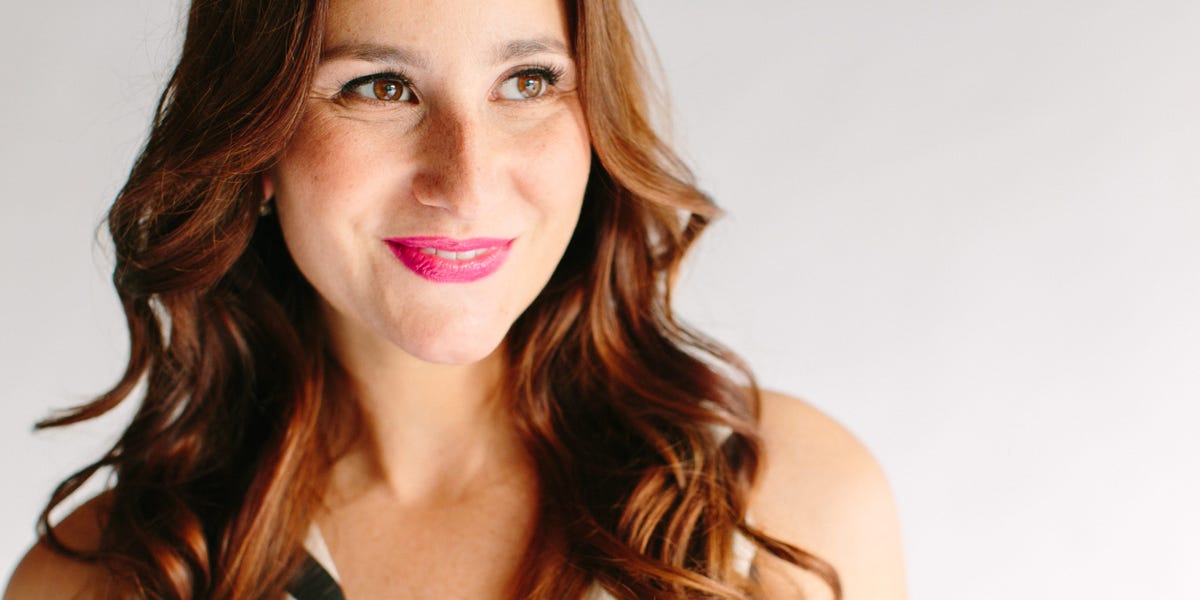 I am a screenwriter for life. This is how I create scripts.

This as-told-to essay is based on a conversation with Melissa Cassera, a 43-year-old freelance screenwriter from Washington State, talks about how she scripts movies for Lifetime. It has been edited for length and clarity.

I’m not a super optimistic person. Normal stats for screenwriters say it takes seven years to pitch your first draft, and securing your first draft doesn’t guarantee a long career. It’s a tough industry. So when I decided to become a screenwriter, I set my expectations accordingly. I worked diligently and intentionally on my writing, while specifying what I wanted.

I started writing screenplays at the age of 35, after working as an advertising and content strategist for nine years. At first, I bought a book called “The Coffee Break Screenwriter” by Pilar Alessandra and wrote a screenplay using this book. I reached out to her after I had a first draft and asked if I could hire her for a consultation to tell me where I could improve.

I worked with Alessandra over the next year on several sample scripts and took classes at a wonderful place called Script Anatomy in Los Angeles which employs practicing screenwriters as teachers. Several generous writers and producers have also offered to read my work over the years and provide helpful notes – I’m still learning.

I’ve always been a fan of Lifetime and love soapy, salacious entertainment — things like “Gossip Girl,” “Twilight,” and romance novels. I was clear that’s what I wanted to write because that’s what I like to consume.

Christine Conradt had written many of my favorite Lifetime movies, so I looked for her online.

I saw she was teaching a workshop at a writers conference, and I signed up. After the conference, I emailed her and invited her for coffee. She was generous enough to accept me, and I asked her all kinds of questions about how she started and grew her career.

We kept in touch over time and I hired her to help with a spec I was writing called “Bad News” (the story was never made but it was optioned several times) . She ended up producing a movie and fighting for me to get the job. This led to my very first produced screenwriting credit for the Lifetime movie “Girl Followed”, in 2017.

I’ve also worked with a few other producers who have deals with Lifetime. I mainly work with Pierre David, who produces many films for the channel. I had some basic knowledge because I was a fan, but I’m lucky because these two mentors really helped me navigate my way through this space.

I’ve written 10 movies over the past five years for Lifetime as a freelance writer, including “Girl Followed” with Joey Lawrence, “The Obsession Thrillogy” (Lifetime’s first trilogy), and “Crazy Neighborhood Moms.”

Whether it’s Lifetime or its Hallmark counterpart, audiences love tropes. At the same time, I have to try to subvert expectations and surprise the audience. It can be hard to do because I wrote a lot of these movies.

Lifetime wants the writers to make the movies feel like a fun adventure rather than an intense dramatic experience. Intense movies might be better suited for a network like HBO, but Lifetime tries not to dwell too long on some of the heavier stuff going on. I have to keep the rhythm.

There are certain stories or scenarios that can be quite intense, but I’m not going very dark. In Lifetime movies, there can be murders and cases and other things that happen – it’s part of his formula. But I intentionally don’t explore darker themes like sex trafficking. Lifetime wants its audience to have fun watching, even if it’s heavy equipment.

If I make thrillers, there are certain things that have to happen in every movie.

I have to have a hard-hitting opening that usually involves some type of murder or someone getting hurt. This is the norm in all Lifetime movies. Then, around page 50 of the script, 45 minutes into the film, I’ll add a second big thriller beat that will turn the story in a new direction. The writer’s term we use for this is the “blood on the floor moment”.

For lifelong thrillers, the end of our movies has to come to some sort of resolution. It sounds a lot like a romantic comedy. People want the characters to come together at the end. If they don’t, it’s really disappointing. We have the same in our Lifetime movies. There has to be some kind of happy resolution, and it can happen in different ways – but it has to end on this beat.

When I write Lifetime scripts, I really like having a strong mother-daughter dynamic. I love having this combination where we see this emotional journey for these two people throughout the movie. This dynamic can be any kind of motherly relationship – it doesn’t have to be specifically a mother and daughter, but a sister, mentor or Grandmother.

There’s a level of comfort with Lifetime movies that I also see with shows like “Law and Order.” That’s why I always see “Law and Order” in the top 10 shows. It’s been going on for 30 years because people show up and know what to expect. You know you will discover a new case and the case will be solved at the end of the episode. It provides a certain level of convenience for people, and my Lifetime movies do the same thing.

2022-09-30
Previous Post: Gunn, Chatfield-native novelist who struggled to be accurate, dies at 95
Next Post: Pulitzer Prize-winning novelist Annie Proulx reflects on the history and value of our wetlands