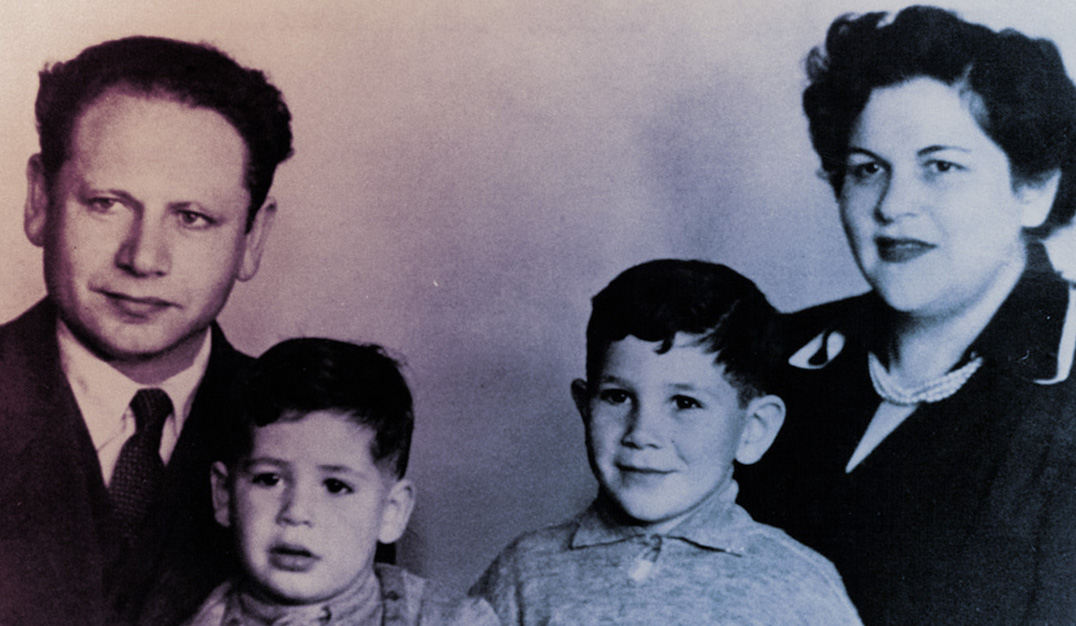 (JTA) — For many young Jews, criticizing Israel is itself a form of attachment. They may not consider themselves responsible to the Jewish state, but they certainly feel responsible to the world. So do some Jewish writers, including Michael Chabon and his wife, Israeli-born novelist Ayelet Waldman, who together edited the 2017 anthology “Kingdom of Olives and Ash: Writers Confront the Occupation.”

But the American writer who has found Israel most fruitful as a subject is Joshua Cohen, whose critique of Zionism is more complicated and ironic. Born in 1980 and raised in an Orthodox family in New Jersey, Cohen emerged in the 2010s as the author of “Witz” and “Book of Numbers,” massive world-swallowing novels in the tradition of Thomas Pynchon and David Foster Wallace. Jewishness is at the heart of these books – ‘Witz’ is a postmodern epic about the sole survivor of a mysterious plague that kills every Jew in the world in a single night, like Passover turned upside down. But it wasn’t until later that Cohen focused on Israel in two more accessible and realistic books — at least up to a point: “Moving Kings” (2017) and “The Netanyahus” (2021), named this week winners of the 2022 Pulitzer Prize for Fiction.

Most American writers reflect their own experience sending American characters to be tested or redeemed in Israel, but in these novels Cohen brings Israeli characters to the United States. It’s a shrewd decision that effectively reverses the burden of proof: now it’s Israeli Jews who must show whether they can live up to American conditions and ideals.

This reversal is reported in the name of the protagonist of “Moving Kings”. Instead of King David, Cohen suggests, America produces men like David King, who rules only a sleazy moving and storage business. It is a harsh reflection of the social standing of American Jewry: King rules authoritatively over his employees, who are poor immigrants of color, but is intimidated by the WASPs he encounters at a Republican fundraiser.

“It was distressing – for others, but not for himself, who didn’t notice – how he was about to change,” Cohen writes. “How he let himself be lectured, belittled. How he had become, in certain situations, not exactly servile, but docile, tame. A Jew.”

Indeed, David is deliberately framed as an obnoxious Jewish stereotype: “This is how David made money, the same way he drove: by chiseling,” Cohen writes. This is the kind of galut, or diaspora, of Jewishness that Zionism is supposed to have abolished, and David finds psychic compensation in knowing that he has relatives in Israel, where Jews are tough and proud. “What sustained him was Israel: the ideal of it, the abstraction,” Cohen writes. When David agrees to give a job to his Israeli nephew Yoav, fresh out of the army, he tells him: “Unlike me, Yo, you are a real Jew. That’s who you are naturally, raised from the earth.

The stage seems to be set for a confrontation of Jewish archetypes, like that between Jacob and Tamir in Jonathan Safran Foer’s novel “Here I Am.” But Cohen is a more subtle writer than that, and it soon becomes clear that Yoav wasn’t hardened by his experience in the military — he was broken by it. Depressed and scared, he hardly leaves his apartment except to work, and when his moving truck has an accident, he returns to the West Bank: “Yoav kept looking in the mirrors. He didn’t know where the shooting came from. They have been pinned.

The parallel becomes more than imaginary when Yoav’s crew is tasked with evicting Lincoln Avery, a black Vietnam veteran, from his home, just as he once helped dispossess Palestinians of their land. Some critics have seen this parallel as tendentious and overly literal, but it’s key to “Moving Kings'” pessimistic view. Neither American Jews nor Israeli Jews can be each other’s moral example, suggests Cohen, since both are trapped in similar systems of exploitation. By the end of the novel, when Yoav is caught up in a scene of violence deadlier than anything he’s encountered back home, it’s clear that he’s almost as much a victim of this system as Avery.

At the same time, Cohen is impatient with leftist moralism that only notices violence when Israelis commit it. “We’ve always been forced to become who we are and everyone always has an opinion about that, treating us like we chose that,” Yoav complains.

When David tells Yoav that he is “a real Jew,” he says it with admiration, as a tribute to Israeli authenticity. But Yoav puts a different spin on the idea when he says, “Everywhere we are the Jews of the Jews,” that is, the outcasts of the outcasts, those whom sensible people find it virtuous to hate.

Cohen writes about Israel in a very different spirit, as what philosopher Michael Walzer calls a “connected critic” – one who excoriates his community not to get away from it, but because he is deeply involved in it, like the prophets. Hebrews.

When “Moving Kings” was released, Cohen spoke to an interviewer about the possibility of making aliyah, the Hebrew word for immigration to Israel: “I think about it all the time. Every day of my life, and every night too, except for the two weeks a year that I spend in Israel.

“Moving Kings” offers a tragic vision of the Israeli-American relationship. When Cohen returned to the subject four years later, the result was the crazy comedy of “The Netanyahus: An Account of a Minor and Even Negligible Episode in the History of a Very Famous Family.”

The tongue-in-cheek subtitle sets the tone for the story, which focuses not on the most famous member of this family – Benjamin Netanyahu, Israel’s longest-serving prime minister – but on his father, the historian Ben- Zion Netanyahu.

The book is inspired by a story Cohen heard from legendary American scholar Harold Bloom, who once hosted the elder Netanyahu and his family while visiting Cornell University for a job interview. From this core, Cohen created the slapstick plot of his novel, in which historian Ruben Blum welcomes the Netanyahus to a fictional university in upstate New York. We are in 1959 and Blum is the first and only Jew in his department. The president therefore naturally turns to him to welcome Ben-Zion Netanyahu, an Israeli historian of medieval Jewish Spain.

Blum is not very happy with this request, as it shows that the WASPs around him are acutely aware of the Jewishness he himself is trying to forget. “I found no strength in my origins and took advantage of every opportunity to ignore them, when I could not deny them,” he admits. Blum compares himself to a Woody Allen character, “the dreaded embodiment of the under-coordinated, over-intellectualized and self-deprecating male Jewish stereotype”. The arrival of the Netanyahus therefore signifies a clash of Jewish, American versus Israeli archetypes – and not just any Israeli. Ben-Zion Netanyahu arrives with his teenage sons Jonathan and Benjamin, who would become Entebbe’s hero and Likud politician respectively.

As a scholar, the real Ben-Zion Netanyahu was intensely Zionist. His work on the Spanish Inquisition led him to conclude that Jews must have their own country if they are not to be at the mercy of hostile hosts. The implications for American Jews are clear. Attending the Ben-Zion lecture, Blum imagines that his subtext is addressed to him personally:

But Blum refuses to be intimidated by this pessimism, just like Joshua Cohen. Netanyahu’s Zionist vision of Jewish history is closed, writes Cohen, seeing it as nothing but an eternal repetition of the same scenario: persecution, expulsion, massacre. This is the idea Blum remembers being taught in Hebrew school, that “carnage was Jewish fate.”

But his own experience as an American Jew challenges that prophecy. “I was not what I was meant to be; no one was going to kill me in this country. Nobody was going to drag us and my family to a camp or push us together into an oven,” he insists. American history is open, allowing people – even Jews – to rewrite their destiny.

The clash of ideas Cohen is setting up is all serious, but the Netanyahus themselves are ridiculously obnoxious. They sound like all the negative Israeli stereotypes as surely as Blum looks like a Woody Allen character. “They’re so horrible, so insistent,” says Ruben’s wife, Edith, and while he knows it’s an anti-Semitic cliché, he can’t deny it. Ben-Zion is abrupt and arrogant, insulting the professors who invited him while expecting royal treatment. The boys are dirty and rude, handling their hosts’ belongings without asking, “wandering around the den as if breaking it for burglary”. Reuben begins to refer to them as “the Yahus”, turning the divine Hebrew suffix into Jonathan Swift’s slang slur.

And they only get worse – until the denouement, when a naked Jonathan is discovered red-handed with Reuben’s teenage daughter, causing him and Benjamin to flee into the freezing American night. With Ruben’s take on the tumescent Jonathan, Cohen caricatures any ideas his readers may have about Israeli masculinity and American passivity. Like “Moving Kings,” “The Netanyahus” concludes that neither type of Jewishness is better than the other; both are absurd, calling for the kind of satire that can only come from intimate acquaintance.

This essay is excerpted from “After the Golden Age: American Jewish Writing in the Twenty-first Century”, the main essay for the next issue of The Jewish Quarterly. Used with permission. 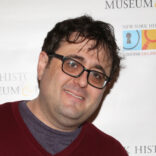 is editor of the Weekend Review section of the Wall Street Journal. Her new book of poetry, “The Discarded Life,” will be published this month by Red Hen Press.

The views and opinions expressed in this article are those of the author and do not necessarily reflect the views of JTA or its parent company, 70 Faces Media.

2022-05-11
Previous Post: Author and Screenwriter Delia Ephron and the Art of the Dumpster (Video)
Next Post: Interview with Multiverse of Madness screenwriter Michael Waldron