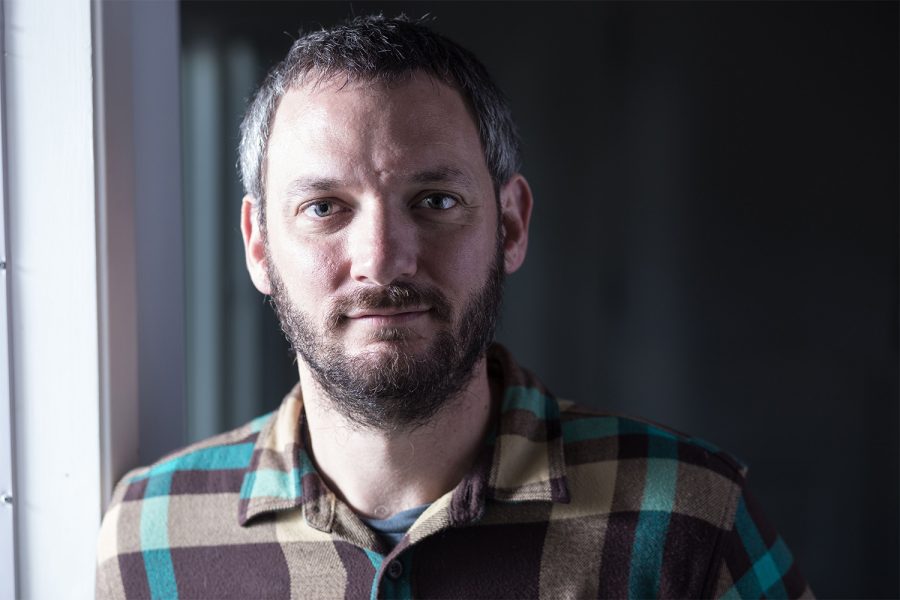 Hollywood screenwriter Josh Parkinson will give a course in user interface

The new Television Adaptation course introduces students to the processes of a television writers room.

University of Iowa students can learn from a Hollywood screenwriter this spring.

The new course, a writing class called “Adapting for Television,” will be taught by screenwriter Josh Parkinson during the upcoming spring semester.

Parkinson has 12 years of experience working in Hollywood on shows such as “Eastbound and Down” and “The Terror” and earned a graduate degree in creative writing from Johns Hopkins University.

“I’ve never done anything formal for an institution like a university or anything like that,” Parkinson said. “But there are things that happen from time to time where you know, I have other novelist friends who also wanted to try their hand at TV writing.”

While the fall Writers Room Pro-Seminar course had just under 20 students, the new course will only have six to reflect the realities of a Hollywood writers room.

“We could actually have two writers’ rooms going on at the same time, like a real showrunner would,” Parkinson said.

The director of the Magid Center for Undergraduate Writing, Daniel Khalastchi, said the course received many applications from students.

“The writing was so good,” Khalastchi said. “It was really difficult for Josh to choose the students, but we know it will work because our students are so talented.”

Parkinson said one of the main things that made him interested in getting involved in the class was the hands-on nature of it instead of being based on a lecture format.

“There’s a lot of conversations about the skills we’re going to have in the class, but it’s really about collaborating on real work,” Parkinson said.

The class will focus on turning an already existing piece of IP – comics, novels, short stories, poems, or podcasts – and adapting it into a three- or four-episode miniseries.

The class will sketch, collaboratively write scripts for television, and then do them in the workshop. Khalastchi said it was difficult to gain that experience with a larger class.

With funding from donors Kevin and Donna Gruneich, Khalastchi said he created a small class. Kevin Gruneich is a UI alumnus and has been honored in the past for his philanthropic investments.

“Usually the university wants a certain size of course because of how tuition works etc, and so in this case we were only able to accept six students, and so we really try to reflect this experience in the writers’ room,” says Khalastchi.

Khalastchi said those involved in planning and facilitating the course include UI alumni, such as Vinnie Wilhelm and David Kajganich. Wilheim and Kajganich both worked on the TV show “The Terror”. Kajganich is also known for his new movie “Bones and All”.

“We’ve worked with them over the past two years to develop this course, and they’re all committed to working with us moving forward,” Khalastchi said. “So there could be weeks where they’re flying here, or zooming around doing edits with the students as well.”

The course is part of a larger program at UI called Iowa Writers Room, which has been in development since 2015 before the establishment of the undergraduate Bachelor of Arts in Screenwriting in 2019.

“They’ve really spent a lot of time, Robin in particular, a lot of time with individuals, helping them develop not just a pilot, a pilot episode plus what they call a Bible, which is an extended view of the direction that could take the theories,” MacVey said.

Parkinson said he was old friends with Kajganich and also worked with Wilheim on “The Terror,” which led to them becoming friends.

“When they told me about it, I was like, it’s kind of in his own way, like a service for people to get a taste of what this world is about,” Parkinson said. “And like I said before, all the glamorous and non-glamorous parts you would never know.”

Khalastchi said one of the difficulties in setting up the course was the fear of not being able to find the right teacher.

“What’s really interesting about Josh — he comes from a fiction writing background,” Khalastchi said. “He turned to television, [and] had an extremely successful career doing everything from scripts, TV pilot scripts, full movie scripts, rewrite scripts, writers room work – creating shows where he did it all. And so it matched this unicorn kind of an idea that we had.

2022-11-16
Previous Post: Ballot initiatives allow the people to avoid right-wing politicians in this election, so the right wants to abolish them
Next Post: Is The Wonder based on a true story? Writer on Book Changes