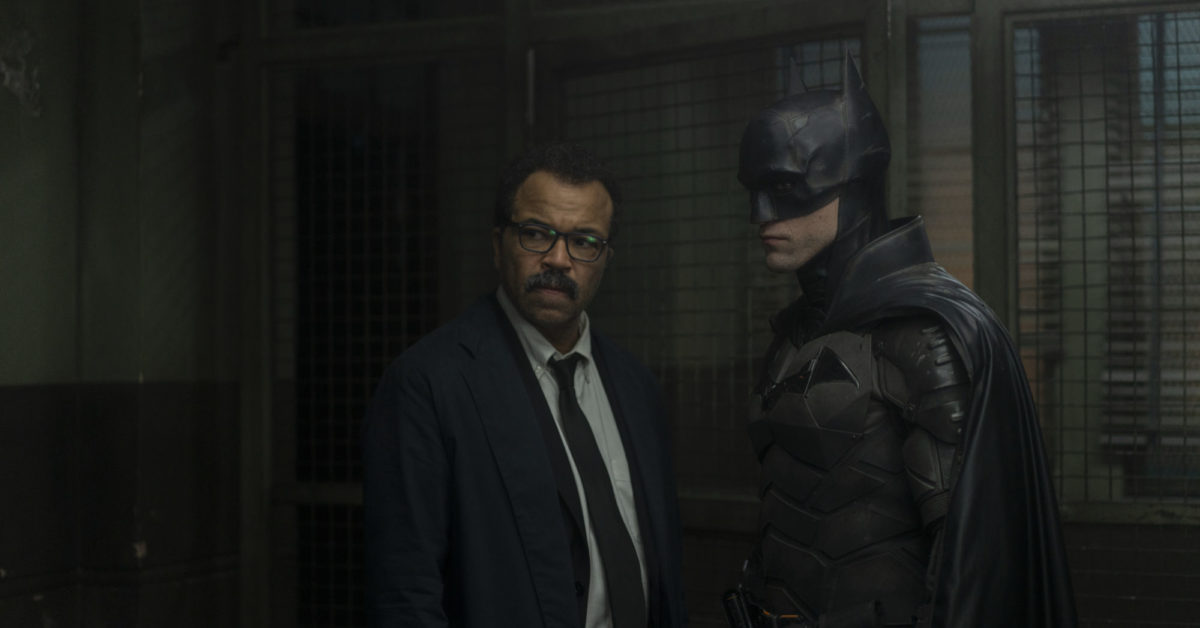 Along with the news that Matt Reevesit is Robert Pattinson & Zoe Kravitz– featured movie The Batman will return for a sequel, fans have been keeping tabs on what’s to come with the previously announced spin-off streaming series. In March, we learned that Colin Farrel would reprise his role as The Penguin in a spin-off written by the showrunner Lauren LeFranc (Marvel’s Agents of SHIELD) and executive produced by Reeves, Farrell, LeFranc and Dylan Clark. But when it comes to the Gotham City Polie Department (GCPD)-focused series, Reeves officially revealed the Josh Horowitzit is Happy Sad Confused podcast that attention had shifted to Arkham Asylum. Now we hear the screenwriter Joe Barton (Giri/Haji), who was a writer on the GCPD series before the take was pulled, discussing what it was like to process the news at the same time that the promotional machine was already underway for the first film.

“I gave the script in November and HBO called to say they loved it and were really excited. And then in January my agent called to say I was fired,” revealed Barton during an interview with The Telegraph. “‘The Wire’ set in Gotham City” being the “lazy ground” he used to describe it, Barton then shared what it was like to be surrounded by reminders of the franchise he was no longer a part of. . “If you’re going to get kicked out of a massive franchise, don’t do it two months before the movie comes out. I’ve seen Batman everywhere,” the screenwriter advised, before sharing an anecdote to make his point. . Needing to jot down notes on a script he was working on on the phone during a rainstorm, Barton could only find cover “under a poster of ‘Batman'”, adding “It was like being haunted by Fathers 4 Justice.” Here’s a look back at Reeves’ spoiler-filled episode from Happy Sad Confused podcast, followed by some previous thoughts from Reeves and others on the expansion of the Batman universe:

Talk with SFX Magazine earlier this year, Clark explained that the storyline for the Penguin spin-off is very much in line with a classic Brian DePalma & Al Pacino film. “We’re doing one with Colin [Farrell aka Oswald Cobblepot], seeing Oz rise to power, almost like a “Scarface” story. It’s exciting to do something like this on your own, but it speaks to the character and our film to keep you coming back to the film [and say]’Oh, I see that backstory there, that line refers to this,'” he explained.

Previously, Farrell shared some views on the series and the character with entertainment tonight, where he hinted that the series would pick up the threads from Reeves’ film ending. “We have to get into what made him the man he is. And also, it’s going to pick up where that movie left off, I think. I think it’s going to pick up a bit after the last image of this movie,” Farrell explained. “We’re going to take a little left turn to the world of Oz and how it begins to dream of filling a potential power void that might exist.” While unable to offer many details this early on, Farell revealed why the character is ripe for a deeper dive into what drives him. “He’s a lovely, charming character who explores vulnerabilities. His violence is apparent, his propensity for violence and his ability to use it as a tool are evident, but [also] to see that we all have weak points. Each person. And being able to find that place, dig around it would be fun,” he added.

Also earlier this year, Reeves proposed his thoughts on the expansion of the film’s universe, HBO Max’s interest in exploring the characters and aspects of the film, and whether there might be more spinoffs on the way:

On how ‘The Batman’ standing on its own helps with spinoff ideas“What I really wanted this movie to do is create a Batverse. You don’t do a story and say, ‘This is chapter 1’ because you couldn’t do chapter 2. So the story had to stay on its But the problem is that the world of bats is so rich in characters that when you start to reach its end, you can already start thinking about the next thing. , of course, is that the story of Gotham never ends.”

How HBO Max’s Interest in More ‘The Batman’ Led to the Penquin Spinoff: “I was delighted with that. I said [to HBO Max], “To be honest with you, what was going to be the seeds of what I thought the next story might be in terms of Penguin is that I saw there was this kind of story of” American dream in Gotham”, almost like Scarface; the rise of this character who we all know will achieve mythical status. He’s underrated and he’s like a ticking time bomb… They were like, ‘Oh my God , we’re in!’ And that was really exciting because by then Colin had already brought that character to life.”

On what HBO Max gives him the chance to do with the characters: “I love the idea of ​​doing a story where you really tell chapters of a character’s life like ‘The Sopranos’ did, right? about his life. I think it is what fascinates me in the feature film and the idea of ​​having been able to create this version of the world [in ‘The Batman’] and then take pieces out of it to do this kind of expansive storytelling.”