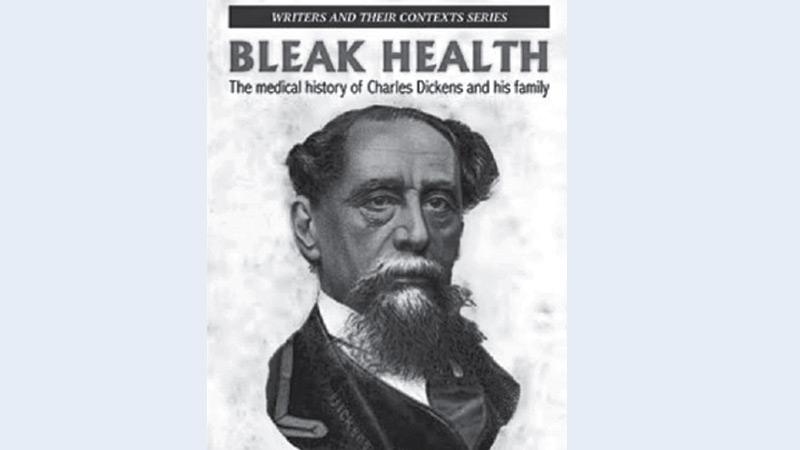 In 1840, Charles Dickens wrote that he was undergoing “unbearable torture”. The cause was what he called “facial rheumatism”. We know it today as trigeminal neuralgia, an inflammation of the cranial nerve that causes severe facial pain.

Most Victorians were worried about their health and Dickens was no exception. As Nicholas Cambridge shows in this captivating and often surprising book, they had every reason to be concerned.

They faced an array of infectious diseases ranging from cholera to typhoid. Add to that problems such as contaminated water and inadequate sewage systems, and it seems that threats to their well-being lurk everywhere.

In 1840, Charles Dickens wrote that he was undergoing “unbearable torture”. The cause was what he called “facial rheumatism”. Surgery, in pre-anaesthetic days, was an often agonizing last resort: Dickens’ own father died after “a most terrible operation”, after which his room, in his son’s words, was “a slaughterhouse of blood “.

Dickens himself should have been a model of health. There are many accounts of his exploits as a speed walker.

On one occasion, he got up early in the morning in central London and drove 30 miles to Gad’s Hill Place, his country home, for breakfast.

Cambridge also speculates that Dickens suffered from PTSD (post-traumatic stress disorder) after the 1865 Staplehurst rail crash in Kent, in which he and his mistress, Ellen Ternan, were involved.

The great novelist was obsessively interested in his own health and that of others. In Cambridge’s account, it seems there was no therapy or medicine he didn’t want to try.

He variously endured bloodletting, blistering, and purging when he felt unwell, and became fascinated with the fashionable quackery of mesmerism, a form of hypnotism.

He tried mesmerism on his long-suffering wife, Catherine. “In six minutes I magnetized her into hysteria,” he reported, “and then into magnetic sleep.”

He also dosed himself with laudanum and swore by certain patent medicines, in particular Cockle’s anti-bilious pills.

In reading this exhaustive account of Dickens’ ills, it must be remembered from time to time that his subject was also a man of prodigious energy.

He probably had bouts of gonorrhea. After separating from his wife (and making outrageous attempts to have her committed to an asylum), he did not remain chaste. “My state of celibacy has caused a small illness,” he suggests timidly in a letter to his doctor.

Cambridge also speculates that Dickens suffered from PTSD (post-traumatic stress disorder) after the 1865 Staplehurst rail crash in Kent, in which he and his mistress, Ellen Ternan, were involved.

Admittedly, he would later be wary of train travel, complaining of the “more than 30,000 nervous shocks” inflicted by a trip from London to Edinburgh. He was also, as he himself admitted, prone to depression.

In a letter to his friend and later biographer John Forster in 1849, he mentions a “disposition to shed tears from morn till night”.

Reading this comprehensive account of Dickens’ ills, one must sometimes remember that his subject was also a man of prodigious energy.

Dickens produced a huge body of work. Indeed, it was his commitment to this field and his reading tours that probably killed him. He died of stroke in 1870, aged just 58. Nicholas Cambridge’s book is exorbitantly priced, but sheds new light on our greatest novelist.