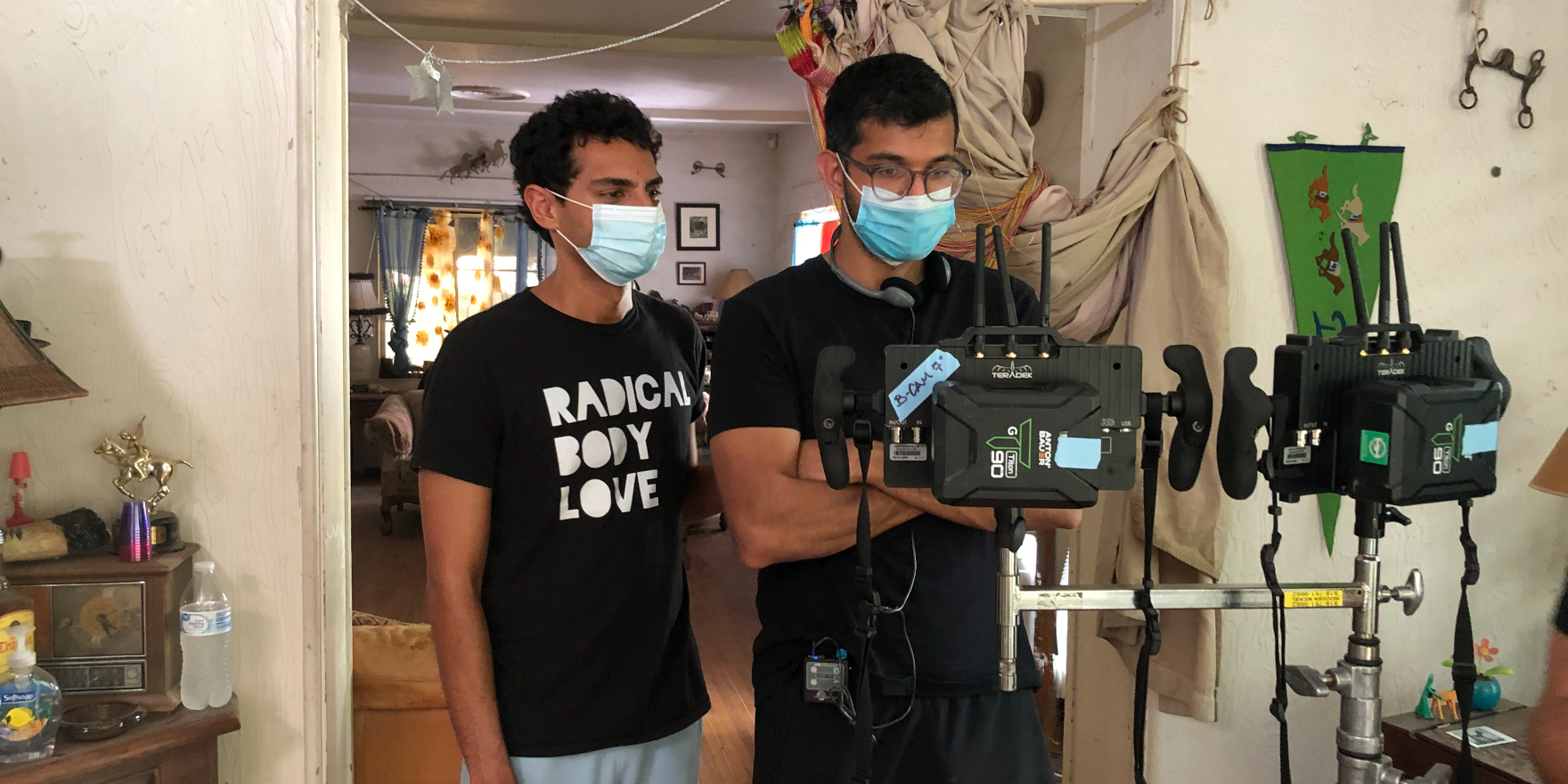 As a doctor and screenwriter, I found purpose. With my new film, I am finally myself.

I grew up being an avid reader and at some point, when I was 11 or 12, I decided I wanted to be a novelist. But I had also grown up in and around my mother’s clinic and thought I would pursue a career in medicine. I nurtured both interests simultaneously, as they were each part of the fabric of my life. My brother and I worked at my mother’s clinic. We replaced the receptionist whenever she was unavailable, so we interacted with patients from an early age. Later, we also volunteered at the hospital. And in between all that, I was reading, reading, reading.

I’ve always had an extraordinary level of ambition, and I honestly think that’s because I’m gay. I’ve known this since I was 11, but it took me 30 years to admit it. And in the long process of getting out, I was tortured enough. I felt really broken inside – like I had something to prove to fill the void in my heart. So I was constantly distracting myself with one crazy career ambition after another, because it was a way of not dwelling on what I really didn’t want to think or feel. If I hadn’t had this psychological motivation, I think I would have pursued medicine alone. I ended up needing to write, because of what I was going through.

I had a horrible time when I was both locked up and maniacally pursuing two careers. It definitely had an impact on my mental health. For much of that time, I toughened myself up, obscuring my natural softness, taking on an aggressive persona that never quite matched me. I had to come out – and also relax in a larger sense – before I could accomplish what I think I’m supposed to accomplish. I don’t think my two careers have had any purpose other than trying to heal an inner wound. It was a really crazy time. I would go from 60 to 80 hour weeks in the hospital, to making note calls, to flying from Boston to Los Angeles for a few days to take meetings. A lot of things were great and a lot weren’t, but everything bad was my fault. I should have stopped and breathed. I don’t think people are told to do this in their twenties. It feels like you’re meant to forge your relationships and your career in this decade. I wish I had relaxed more and taken the time to reckon with what I had to reckon with.

When I was a resident doctor, I got up around 5 am to start writing, sometimes in the hospital itself, in the cafeteria or in the resident’s room. Wherever I could find a place to write, I wrote. It was easier on weekends, because then I had at least mornings to myself. I completed my residency in June 2020 and am now an attending physician. I rarely do any writing or anything industry-related when I’m in the hospital, so luckily I don’t write in a hospital cafeteria anymore!

I think being a writer as a side career to medicine has been an outlet for a lot of my emotions. When I was still in the closet, I felt so many things that I found it difficult to express other than through my writing. But now everything has changed. I went from a place of aggressive and relentless ambition to being very gentle. I drag my boyfriend Karan around the house all day like a lost puppy, the opposite of the person I was all those years in the hospital, racing, trying to get things done, trying to succeed.

I feel like I’m now the person I’ve always been, but never been able to access. A person who loves joy and laughter. Interestingly, I’ve never worked in comedy. the resident has some funny moments, but I don’t think anyone would describe it as a comedy. And I never even watched or read anything comic. In fact, I was obsessed with Victorian literature, which is really the literature of repression. There was so much that people in those days couldn’t say or do, and they still had very charged interactions where everything important was extremely underground. There are works of gay love from this era that are not explicit, and there are works of straight love that are not explicit. I got caught up in it all, for obvious reasons – but have since lost interest. I am now much more invested in reading and writing which expresses joy and love.

Karan and I have been dating since 2018. After I finished my residency, I really had my heart set on making a movie, for no apparent reason, except it was just the right time and something I had to do. Karan is a very funny actor, but also an extremely gifted writer who can do anything funny. He improvises a lot and what he comes up with is almost always funnier than what’s on the page. It was therefore only natural for him to work on 7 days. We did it very quickly. It was a romantic experience, as I had never seen him perform live before. I was amazed at the full extent of his skill – coming up with new lines and playing them in a fun way, on the spot, all in an instant. I had never seen anyone do that before. His brain is moving so fast. We achieved a different kind of intimacy and we both felt really connected while we were making the movie with each other.

As told to Nick Dawson by Roshan Sethi. Featured image by Liz Cardenas shows Karan Soni and Roshan Sethi on the set of 7 days.