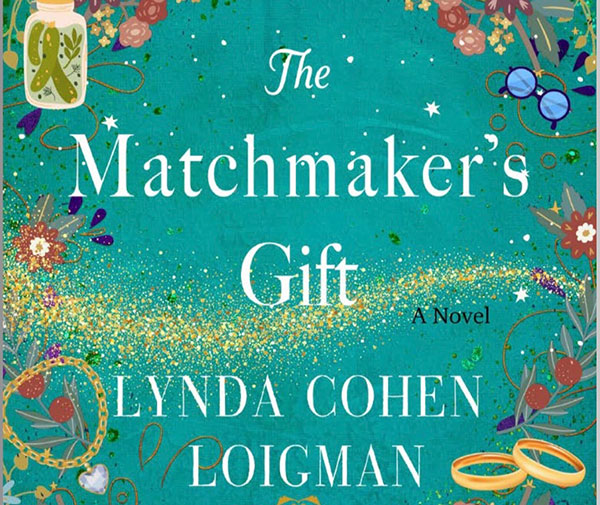 Loigman’s college-aged daughter had been kicked out of school, and her son was also attending high school virtually. With nowhere to go, her family had many opportunities to talk about various topics, especially around the dinner table.

One of the discussions, she recalled, was about the issues women face today in school and work. Loigman then learned that his daughter’s roommate’s grandmother was a matchmaker in Brooklyn’s Orthodox Jewish community.

For a writer of historical fiction, Loigman couldn’t help but think of the possibilities of exploring a character, whose livelihood was much more common a century ago, juxtaposed with that character’s granddaughter. , whom she chose as a divorce lawyer.

Loigman’s imagination led to the creation of his third novel, “The Matchmaker’s Gift”, in six years. It is scheduled to be published by St. Martin’s Press this week.

“I talked to my agent about it. I had written another book at the time, but both my agent and my publisher wanted me to put that aside for a bit and see what I could do for this matchmaker story,” Loigman said. . “The main thing I was thinking at the time was okay, I’m a historical fiction writer, that’s what I write, so I have to approach this from a historical perspective.”

Before writing the book, Loigman, a Chappaqua resident who worked as a lawyer, immersed herself in the study of New York’s matchmaking history. She read old New York Times articles and found more valuable information on the website of the Eldridge Street museum on the Lower East Side.

She chose the 1910s and 1920s to launch her character, Sara Glikman. This was at a time when there were around 5,000 matchmakers doing business in the city. Of course, most of them were men from the Jewish community, who would not appreciate a young woman encroaching on their territory.

Loigman’s novel also involves Sara’s granddaughter, Abby, who is a young practicing lawyer. Although Loigman wasn’t a divorce attorney like the character she created — she actually handled trusts and estates — she was able to develop Abby’s character through some of her own experiences.

Besides research, Loigman spoke with his daughter’s roommate’s grandmother and found her a fascinating subject.
“She would keep records of all eligible people and she would try to match them,” Loigman said. “So on the one hand, you would have all this busy work, keeping these records, keeping these files organized on people, and on the other, it all comes down to something a little bit magical. This idea of love match against some sort of mercenary match is pretty interesting too.

‘The Matchmaker’s Gift’ follows Loigman’s first two novels, 2016’s ‘Two-Story House’ and 2019’s ‘The Wartime Sisters’.
Loigman has a busy schedule to promote the book in the coming weeks with around 30 events scheduled both in the metro area and across the country. This Wednesday evening, September 21, she will speak with author Allison Pataki about her book in a program at the Chappaqua Public Library at 19 ‘o clock

The following week, September 28, she will be interviewed by author Annabel Monaghan at the Rye Free Reading Room at 7 p.m.