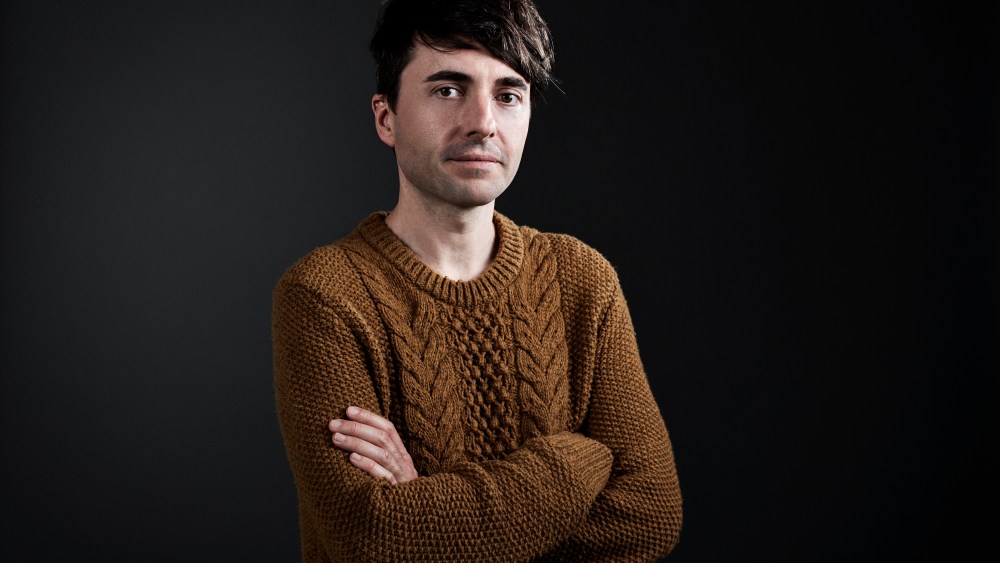 When playwright Danny Robins wrote “2:22 A Ghost Story”, he thought he picked the titular number at random. “I wanted something that sounded good,” he reveals. But when actor Tom Felton (Draco Malfoy of “Harry Potter” fame) joined the London cast, he dug deeper.

“He asked me why I had chosen it and told me that 22 was a very important number for him,” Robins recalled. “And I realized that I was focusing on that number. For example, I always choose seat 22 on a plane. I told him that maybe it was because it was my birthday, September 22.

Robins says that at this point Felton gave him a weird look and told the author to look up his entry on Wikipedia. Sure enough, Felton was also born on September 22. “We both kind of said, ‘Whoa,'” Robins recalled. “And since then, we have continued to notice two everywhere. Like I was sitting in a seat during rehearsals, and it happened to be 22. So it’s become a symbolic thing now.

If that anecdote makes you shiver or at least smile at the coincidence, you’ll have a great time on his show, which puts a good old-fashioned ghost story at the center of relationship drama. After premiering in August 2021 at the Gielgud Theater in London’s West End, the show has moved to the nearby Criterion Theater where it will run until January 2023. But lucky Angelenos don’t have to jump an international flight to catch the show, which was nominated for Best New Play at this year’s Lawrence Olivier Awards, as a special engagement is currently running through December 4 at the Ahmanson Theater in downtown Los Angeles. Matthew Dunster directed all three versions of the series.

While productions in other cities (ahem, Broadway!) aren’t ruled out, Robins is thrilled to see his work on the Hollywood stage. “It’s not the usual route to get from London to LA, but it was pretty fitting, LA being the home of horror movies,” he notes. And no shortage of star power — Ahmanson’s cast includes ‘Crazy Rich Asians’ star Constance Wu, Emmy nominee Finn Wittrock, ‘Pitch Perfect’ actor Anna Camp and ‘Ozark’ star Adam Rothenberg.

While “2:22” is best seen knowing as little as possible, it’s safe to reveal that the story centers on Jenny and Sam (Wu and Wittrock), a married couple who have moved into a new home. with their baby. Sam’s good friend Lauren (Camp) brings her boyfriend Ben (Rotenberg) to a dinner party. During the evening, it is revealed that Jenny thinks their house is haunted. Because Sam is skeptical, Jenny asks their guests to stay until 2:22 a.m. – the time she heard a supernatural disturbance. What unfolds is a tense but reflective – and often humorous – evening as the friends reveal their own beliefs and encounters.

Robins says he’s always been obsessed with ghosts. “Probably from growing up in an atheist family and craving some form of belief,” he reasons. And even if it doesn’t look like it, the piece is incredibly personal, based on a story told to her by a close friend about five years ago. “She said she had seen a ghost and I remembered being surprised; not the kind of person I imagined would say that,” he recalls. “I thought about how people in our group of friends would react to him and how it ranged from solidarity and belief to outright animosity and annoyance. And I thought if you put that in the context of a relationship, that could be pretty powerful. The idea of: how can you love me if you don’t believe me?

Previously best known for his work on the BBC’s “Comedy Playhouse” and creating the BBC children’s horror comedy series “Young Dracula”, people have widely associated Robins with comedy writing for years. “I just got to a point where I felt disillusioned being facetious and frivolous all the time. And I guess I wanted something more, I was hungry for something that kind of said something about Something.

Turns out, Robins had a lot to say, and his love for the supernatural was a perfect conduit for him. In 2017, he created the “Haunted” podcast, followed by several others including “The Battlesea Poltergeist” with Toby Jones and his latest, “The Witch Farm”, with Joseph Fiennes. The podcasts all became extremely popular at the same time he was working on “2:22”. Or as Robins puts it, “It all came together in a ghostly frenzy.”

While it’s hard to direct a thriller, it’s safe to say that there are plenty of unsettling moments, even for the biggest skeptic – don’t be surprised if the audience responds vocally – especially in Los Angeles “To a At one point during a big reveal, a guy sitting on the top floor of the auditorium shouted out loud, “Holy shit!” And I thought, “Yeah! That’s good!” Robins recalls laughing. “I thought I had found an audience loving my play until I came to America. The UK audience was very warm and responsive, but they’re accepting and waiting until you’re done. But I like the fact that the Americans applaud when the actors come on stage.

Robins made a few other minor edits to the American production text. In the original script, the play takes place in an area of ​​London where foxes commonly roam. In America, the story has been transplanted to Boston and its now coyotes that can be heard all night long.

“I did a road tour in the United States and visited Boston, Cleveland and New York,” notes Robins. “Boston gave me everything I needed.”

He also says he had friends and colleagues who were constantly reading new drafts. “I would ask, ‘Does that sound too British?’ Or “Is that how an American would put it?” I did so much research because I wanted it to have the same depth of authenticity in the United States.

Robins admits he’s been a bit taken aback by the show’s success, not least because horror is a genre that rarely commands respect. “When we were about to open in London, I could hear the critics sharpening their knives,” he says. “It was a new play, we had a pop star – Lily Allen – in the lead who had never acted before. And here we were doing a horror play. It all seemed like it was designed to annoy people. But when you do it and it works, it works so well.

For Robins, the fears come from keeping things grounded and letting the characters drive the story – which is why he cites movies like ‘The Babadook’ or the long-running play ‘The Woman in Black’ as resonating with him.

“What scares me is the reality,” he notes. “Offering real, recognizable characters and real, recognizable storylines makes it much more accessible, but also scarier. The reason you’re scared is because you care about these people and what happens to them.

Currently, Robins is tinkering with a film adaptation of “2:22” and in the middle of Season 2 of “The Witch Farm.” He is also adapting “The Battlesea Poltergeist” for Blumhouse and working on a book based on his “Uncanny” series due out next fall.

“I kind of found that niche now. A newspaper described me as the ‘go-to ghost guy’, Robins laughs. “It’s very good. Ghosts have been good to me.